TWQQF ch 74 - Crazy News; Everybody Has Their Own Thoughts (7)

“Yeah, Patriarch, please see how you can ask Mr. Cheng to accept all of our youths under his wing. We won’t ask for much. We just want the young ones to be able to pick up a skill so they won’t have to starve in the future. That’s all we ask!”

“All our young ones here are kind of rough, but they have a lot of respect for the Cheng brothers. They will be able to learn and grow so much with them and we will have to worry less. We agree to have them practice martial arts!”

“I agree, all our kids are unruly. So hard to keep them in line. It will benefit them greatly to learn under Mr. Cheng!”

Patriarch was very happy listening to the opinions from the villagers. This was the outcome that he had hoped for. He needed everybody’s buy in before he go and approach Mr. Cheng.

Suddenly, he noticed one of the villagers had a scowl on his face and had not uttered a word. He couldn’t tell whether he agreed or disagreed with his suggestion. He couldn’t help but to ask, “Liu Daxiong, what’s up with you? Your wife didn’t tell you you can’t speak, did she?”

Everybody laughed at Patriarch’s words, Liu Daxiong, who was called out, was a little uneasy. Softly, he said, “Uncle Liu, it’s not that I don’t want to send the young ones to practice martial arts, but doing that requires money. As it stands, we can barely make ends meet, how are we going to come up with extra money for this?”

His voice was soft, but everybody heard him clearly. Their smiles faded away. All the families were in more or less the same situations, this will indeed be an issue!

Everybody quieted down, Patriarch looked at them and said, “Don’t you worry. I will go and talk to Mr. Cheng in person. I am sure we can figure something out.”

“Uncle Liu, we are counting on you!”

“Patriarch, we trust you!”

“Patriarch, we are putting our hopes on you!”

“Uncle Liu, we thank you for our young ones!”

Everybody started talking again, looking thankful and grateful. They knew well that Patriarch Liu was a very resourceful person.

With a bottle of rice wine in his hand, Patriarch Liu slowly walked toward the Cheng’s 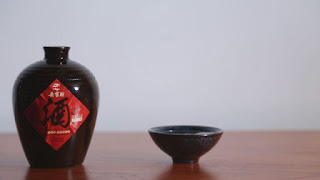 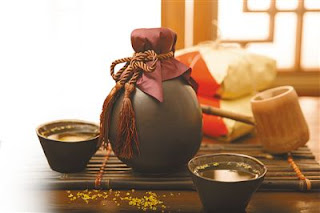 He was greeted by Cheng Biyuan in person and he expressed the hope of the villagers and asked him to be the first tutor ever of Willow.

A tutor was really just a teacher, similar to “master”. But the villagers distinguish them clearing. An instructor only instructs loosely, giving some advises here and there; whereas a master and his disciples is a much more intimate relationship, almost like being accepted into a family.

Cheng Biyuan did not accept Patriarch Liu’s request right away. He did, however, promised that he would back to him in a couple of days.

Patriarch Liu was very grateful and thanked him for all Willow villagers.

Seeing how dedicated Patriarch Liu was to his people, Cheng Biyuan was a little touched. Although he had the intention to accept the request, he did want to run the idea by his family first.

After seeing off Patriarch Liu, Cheng Biyuan gathered the family and told them his ask. Then, turning toward his older daughter, he asked, “Xiao Xiao, what do you think?”

“Dad, it’s a good thing for you to accept disciples!” smiled Cheng Xiao Xiao, “Don’t forget, we are trying to convert this land into our sacred land. If that’s the case, it’s only natural for you to have disciples.”

“That I understand. But how are we going to arrange for it?” frowned Cheng Biyuan, “Having disciples are no small feat. We have to arrange them living quarters and be able to feed them. We are not ready yet. More importantly, I don’t know the talent of the young ones from Willow.”