Hunters of the Forbidden Region ch 11.2 - Emperor of Fresh Water

That’s a monster that reached 10 or more meters in length!
It has a round head and a pointy mouth. It’s body was aerodynamic and has yellow and white stripes. It also has spikes on both side of it’s body.
Like a big rig that had lost control, it dashed out of the water at high speed and collided head on onto the highest jumping fish. The giant creature’s tail hit the metal chain bridge and made a loud noise. The bridge shook wildly from side of side.
In almost no time at all, the giant creature had completed it’s hunt, passed over the bridge, and returned to the rapid water.

Giant splashes of waves hit the shore and everybody subconsciously got out of its way as though they were finally reacting to Anne’s warning from earlier.
Wei Xingshan looked at the surface of the river that had already returned to normal and turned pale.
Everybody else was still stunned. No matter what the creature was, it was quite scary when it reached that size. The crew got progressively more scared as the moment started sinking in.
If Lin Shuo hadn’t warned then, never mind being slammed or eaten by that creature, if it just fly past them, they’d have shit their pants.
“Emperor of fresh water,” Lin Shuo had already returned his arrow back into his quiver and looking much more relaxed, “He was the one who left the stench. It’s not that threatening.”
“These type of fish are also known as Korean sturgeon,” said Yang Ta as he adjusted his spectacles, “The waters around Heilongjiang are their habitat. A large Korean sturgeon can weight up to several tons.
“And the ones there were jumping over the bridge were chum salmon, it’s a species of anadromous fish in the salmon family, also an important food source for the Korean sturgeon.” 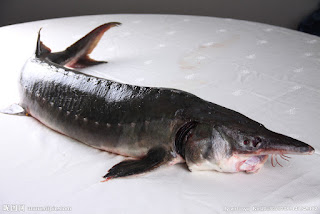 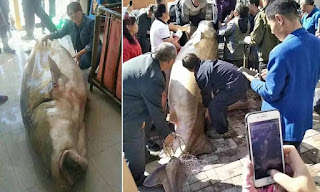 Old man He Zihong nodded and elaborated, “Every year around fall season, the chum salmons will return to fresh water in massive amount to lay their eggs. This is the most narrow spot of the river in the area, and also full of reefs underneath the water. So when a large group of them pass through, they were forced to decrease their speed, but they were also chased by their natural predator. These chum salmons had no choice but to jump out of the water, which was the amazing scene that we have witnessed.
“What even more impressive was the Korean sturgeon that we have seen. A wild sturgeon growing to that size is not something that you see everyday!”
“The people who built this bridge didn’t know anything about biology,” Yang Ta shook his head and adjusted his spectacles. “Building a bridge at this location, especially an extremely unstable one like a metal chain bridge was way too unsafe. No wonder nobody dare use the bridge.”
“Xiao Yang, you are wrong,” said He Zihong, “If the hunting behavior of the sturgeon was affecting the safety of the bridge, then all they needed to do was to kill the fish. Even though that fish was gigantic, but it’s no rival to the fishermen.
“You must know that wild sturgeon in northeast China has almost gone extinct. It’s not possible that the villagers gave up an already-built bridge over a fish. That would be a very silly thing to do.
“So, the question really is: why is there a sturgeon of this size here? And, if it’s native to this area, why haven’t the fisherman hunted it yet?”
He Zihong paused at this point and looked inquisitively at Lin Shuo, “Mr. Lin, what are your thoughts?”
“Speaking of,” asked Liu Qing, “Mr. Lin, why didn’t you kill the sturgeon when you had a chance? That would be a good deed for the villagers here.”
“The emperor of fresh water was merely hunting for it’s food and caused us no trouble, why should I kill it?” said Lin Shuo as he casted her a glance.
The starling standing on Lin Shuo’s shoulder chimed in, “This creature might be big, but it’s not very intelligent when it comes to fighting. Even in the water, when Shuo-ge’s ability is only down to 10% of normal, he could easily get rid of it. Shuo-ge, it’s not such a difficult task. What say we give them a 50% discount and say, maybe, $5 million?”
The starling bird’s words stunned everyone.
Stiffly, Anne said, “Ba­-ye, I think that’s okay. Our research facility has limited capital.”
“Such a cheap woman,” said the starling as he turned his head away.
Lin Shuo ignored the bird and pointed at the metal chain bridge, “The danger has passed now, let’s hurry up and cross the bridge. Professor He, you can ask the locals any other questions that you may have.”
“What about these logs?” asked Wang Yong, looking at the Korean spruces with an unreconciled look.
And Wang Yong was the only one who felt that way, all the other mercenaries who had helped with chopping the trees looked at them with painful look. After all, it was a lot of work to acquire them.
“Okay, you guys can take your time to reconstruct the bridge. I’ll wait on the other side.” Having said that, Lin Shuo leaped gently onto one of the metal chain and started crossing at a leisurely pace.
Under his and the recurve bow’s weight, not only was the metal chain stretched straight, it also made a clanging noises as thought it would break at any point.
At the end, the bridge did not break and Lin Shuo’s silhouette disappeared into the woods on the other side of the of the river.