Hunters of the Forbidden Region ch 1.1 - Have a Smoke, Baye

“Shuo ge2-- Shou ge!”
A starling with a fully-black body and gold yellow hair on the top of its head flew inside an adobe house. Fluttering its wings, it landed on the shoulder of a young man. 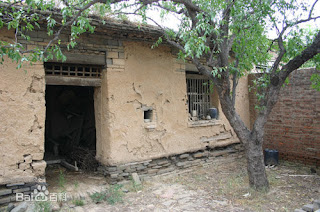 The young man was around 25-6 year old. He’s wearing an old set of Zhongshan suit, bespectacled, and a cigarette resting on one ear. 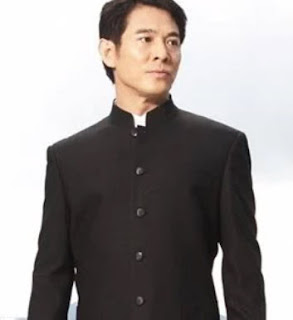 Opened up on top of his desk was text book of literature class for second graders.
His name is Lin Shuo, he came to this border region of southwest China six years ago and became the substitute teacher for the only grade school within a hundred miles.
He stopped and put down the fountain pen in his hand and looked at the starling. Smiling, he removed the cigarette from his ear and lit it with a match and handed it over to it.
The starling stood on one leg and skillfully took the cigarette from him with the other and started smoking it with its beaks.
Smoking, the starling spoke, “Shuo ge, I almost didn’t make it back.”
“Bullshit,” Lin Shuo rolled its eyes, “Who could touch you in this area?”
“Shuo ge, we’ve been brothers for dozens of years and faced life and death situations more times than we can count. When have I ever lied to you?” said the starling in a very mature manner. Then, cocking it’s head, it blew a puff of smoke into Lin Shuo’s face.
Looking serious, Lin Shuo asked, “Do tell.”
“Three modified SUVs are heading our way. Brands that are not available here with temporary licenses. I spied on them for a while and a military grade rifle appeared out of the window. Lucky I fled fast enough.”
The starling even gestured while it was talking, like it had undergone transformation3.
After a period of silence, Lin Shuo nodded to signal he understood.
“I think they are coming for you,” said the starling meaningfully. “Shuo ge, it’s been six years since the incident, you should resurface at some point.”
Lin Shuo did not comment but smiled and said, “Lunch is still warm, go and have some.”
The starling nodded and flew away.
The smile slowly disappeared from Lin Shuo’s face. Staring outside the window, there was regret on his face.
It’s been six year, and someone finally found him?
The living hell he had experienced six years ago, is he going to have to experience it all over again?
His heart began to ache. He turned pale and his fingers trembled. He fished out a pack of cigarette from his breast pocket and lit one.
Surrounded by the swirling smoke, he seemed to be reliving that thunderous night all over again. The rain that night was the color of blood.
After that day, he decided to retire from meddling with all inexplicable things in the world. He took Xiao Ba4 with him and settled down in this nameless village, thinking that nobody would be able to find him.
That would just be too good to be true.
So what if they found me?
I have already retired.
Lin Shuo let out a cold laugh and put the cigarette out.
…..
Three modified SUVs trekked the harsh terrains and finally arriving at the village.
In such a remote and backward village, the three all black SUVs created a strong impact visually.
It didn’t take long for all the villagers to crowd around it, but they dare not stood too close. Everybody stopped and ogled from three feet away.
Some kids even picked up peddles and were about to throw at them before they were smacked by the adults and started to behave themselves.
The SUVs stopped in front of one of the adobe houses.
The door from the front SUV opened up and a high heel stepped on the village’s mud road.
The villages looked up from the black heel:
Black stocking, long and slim calf. A full bottom wrapped in a black pencil skirt. A very well tailored power suit fully accentuating the wearer’s tiny waist and well-sized breasts.
A white neck and a pretty face above it. Large eyes, small mouth, and a pointy nose, she looked like she could be a movie star.
The villagers had never seen such a beauty in the flesh before.
“Gulp!”
Some villagers swallowed loudly and got pinched by their wives around their waists.
From the other side of the car exited a 1.9 meter tall and sturdy man. He had on a green military tee shirt along with a combat vest, his two muscular arms exposed underneath the sleeves for everyone to see.
He followed the beauty and arrived in front of the adobe house.
Knock, knock, knock. The beauty knocked on the door gently.
No answers.
She knocked again, still nothing.
The beauty frowned slightly. Then took a couple steps back, turned around and smiled at the villagers, “Hello, fellow villagers, is he home?”
“Yes, yes,” a villager answered quickly while rubbing his waist, “Instructor Lin, open your door! Someone’s here to see you!”
Still no answer.
The sturdy man got impatient and sneered, “Miss Anne, this person you wanted to hire is kind of stuck up.”
While speaking, he lifted his foot up with the intention of kicking on the door.
___
Note:
1.       The literal pronunciation of starling bird is “ba-ge(h)”. “Ba” also means the number eight. So in the book the starling was referred to as “ ba-ye” as in “grandpa eight” as sort of a respect form / nickname. I feel that it will be better to give him the name Baye, rather than just referring to hi as “sterling” or “grandpa sterling” or any variations thereof.
2.       Ge – means brother. Nickname for someone you are closed to and older than you, but within the range of the same generation.
3.       Ancient Chinese believed that animals that lived a long time (over 500 or 1,000 years) will undergo transformation – being able to take human form or acquire human-like abilities.
4.       “Xiao” means small, or ‘lil. Ba is the first syllable of starling in Chinese. ‘lil ba is just another nickname for the starling.