The adults sat on the bamboo folding chairs or folding stools with their palm leave hand fan and kids ran around the locust tree. 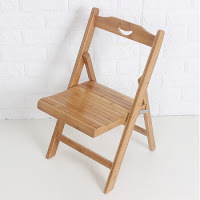 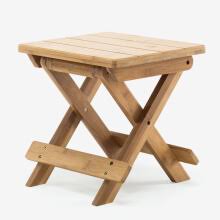 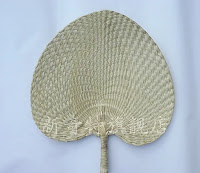 When they saw Lin Shuo, they stopped chattering and starting greeting him in their regional dialect:
“Instructor Lin, how are you?”
“Instructor Lin, who are all these people?”
“Instructor Lin, are you taking a trip?”
“Instructor Lin, how long are you going to be gone? What about my kid’s study?”
Lin Shuo paused for a second then turned around and placed the ebony box upright next to the SUV.
Smiling, he walked over to the locust tree. Raising his pant legs a bit, he sat in one of the folding stools vacated by a villager and started chitchatting with them.
They were conversing in a heavily accented regional dialect. Neither Anne nor Wei Xingshan could understand a word they were saying.
Thirty minutes had passed and the sky was completely dark.
The mercenaries had long since finished removing the back seat and just waiting for Lin Shuo to take off.
Anne stood and waited patiently by the SUV but Wei Xingshan couldn’t quite control his termperament, “What’s that bastard going on and on about? It is going to take another 7 hours to get through the mountains.”
Anne just ignored him. Vice captain Liu Qing said, “Captain Wai, that is normal. Be a little more patient.”
Wei Xingshan remained silent for a while, then pointed at two mercenaries next to him and then pointed at the ebony box sitting next to the SUV, “Hey, you two, hurry up and put this box inside the car. It’s dark outside, and a coffin next to me. So creepy.”
The two mercenaries smiled and carried out his order right away.
Both soldiers were about 1.8 meters (approx. 5 ft 9 in) with a sturdy build. None of them gave the box a second thought. They went over to both side of the box and planned on directly carrying the box into the car.
One of the mercenaries gave it a push and let out a “huh?”. The ebony box didn’t give way at all.
He gave it another push. Still, the box didn’t move, but the mercenary took a step back.
“What? You haven’t had lunch yet or something?” Teased his teammate then he grabbed the box with both arms and tried to lift it.
He gave his all his might and the color on his face changed. He turned as if he wanted to say something to Wei XIngshan but finally didn’t say anything.
“Oh, c’mon, step away you two!” said Wei Xingshan impatiently. “This is embarrassing. Here, let me!”
After he was done talking, Wei XIngshan took a couple step forward and grabbed the black sash hanging down on one side and lugged it over his shoulder.
“What?”
Still the box didn’t move.
The remaining dozen or so mercenaries gathered around and one of them said, “Captain Wei, do you need some help?”
“No.” replied Wei Xingshan with a serious look.
He assumed a steady horse stance and grabbed the black sash tightly. With both feet planted steadily on the ground, he slowly exert more forces to lift the box. 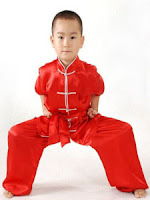 Horse Stance
Photo Credit: baike.com
“CRACKLE! CRACKLE!”
All the joints on this 1.9 meter giant man crackled and veins were bulging out on his neck.
“Up!” roared Wei Xingshan. The wooden box shook a little then finally slowly being lifted off the ground.
Half an inch, one inch, one and a half inch, two inches.
Two inches off the ground and Wei Xingshan’s body started to shook violently and his face turned purple.
Right when he was about to be spent, he felt that the weight on his shoulder suddenly decreased by half and the wooden box was lifted up.
He turned his head and saw that Lin Shuo had already returned from the old locust tree and had bent over and lifted the backend of the wooden box.
Lin Shuo gave a fake smile and said, “I appreciate your help, but I got this.”
While saying that, Lin Shuo reached out his hand and grabbed onto the black sash. A casual swing and slug and the ebony box was placed steadily on his back.
Surrounding them, all the mercenaries looked at Lin Shou like they were staring at a ghost.
Others might not know how strong Wei Xingshan was, but his team was well aware of it.
Three years ago, he was the champion of the dead lift event. He was the strongest in the entire team.
Wei Xingshan looked at Lin Shuo with very complicated emotions and mumbled, “You look skinny and all, how are you so strong? And, what’s inside the box?”
“You will find out.” When he was done talking, Lin Shuo, lugging the box on his back, opened up the hatch back of the SUV.
As though it was nothing but a regular back pack, Lin Shuo took off the box and place it’s end on the backside of the car. Then, with a shove, the entire box went inside the vehicle.
Along with his action, the SUV shook violently and the tires visibly depressed.
Everybody witnessing this was silent.
……
With the engines roaring, the SUVs slowly drove away from this remote village on the border of southwest China.
Just when they were about to leave the village, Lin Shuo opened up the window and the starling flew inside and landed on his shoulder.
The bird looked a little depressed and remained motionless and quiet.
“What happened?” Lin Shuo turned his head and looked at him.
“Shuo ge.” The starling said in a low, deep voice, “I ended up…. lying to them after all. I said I will be back.”
Lin Shou looked at all the lights from houses in the rearview mirror and pondered.
“Will we be coming back?” asked the starling.
“I hope so.”