Da Zhuang thought she had discovered about him stealing an egg. He didn’t even have time to put on his pants but dashed out butt naked, running and explaining at the same time, “Mom, it was little brother who wanted it, not me….. please, stop hitting me… Okay, I ate half of the egg too. I am sorry. Okay? I said I am sorry. OUCH! Mom, you are going to kill me!!”

Gu Ye shoved Xiao Zhuang back under his blanket and looked coldly at the embarrassed Gu Qiao. She rubbed her shoulder that was still smarting from being struck and quietly set the table. She then took a steam bun, placed some picked vegetables inside of it, and carried with her a bowl of porridge back inside her house. She worried about her digestion if she had to keep looking at those people.

“Mei mei, hang in there for a while longer. In two years time, when I have saved up enough stones for our own house, we will build our own courtyard and move. From now on, if that woman tries to strike you, just dodge. She’s fat, she can’t outrun you! If she won’t let you come home, you go and cry to the Patriach. Don’t worry, ge ge will always be with you.” As there were lots of wild beasts in the mountain, even the poorest of all families in the village have tall stone walls around their houses.

If only he wasn’t still so young, Gu Ming would have requested to move out and have his own place the day his sister was tossed into the mountain. But no way the Patriarch would consent to this request from an 11-year-old!

“Yeah! I had it figured out. No matter how much I hold myself back or try to appease her, Mrs. Liu will never treat me nicely. From now on, no matter what she says, I’ll just pretend I didn’t hear her; if she tries to hit me, I’ll dodge! We can’t keep let her bully us!!”

Looking at the cute and caring little boy, Gu Ye finally felt better. Gu Ming was a bit on the skinny side, but one could still tell that he was very fair looking from his features. He would definitely become a handsome man when he grew up.

Mrs. Liu was still screaming and shouting outside. The two kids inside just pretend she was an noisy crow and continued to enjoy their spongy steam rolls and drink their corn porridge.

Yesterday, the 10-acres of sorghum field was half way completed. After finishing off the sorghum field today, they would rotate to the corn field tomorrow. The way the people here called corn was similar to how they said it in the Northern region in her previous life.

Mrs. Liu assigned tasks to Gu Ye before she went to the field: feed the farm animals and do the laundries for the entire family. Gu Ye looked at the mountainous pile of dirty cloths and sighed deeply – this body was only 11 years old, she was just a child!

As the saying goes: kids from the poor grow up much faster! Gu Ye had no choice but to head toward the pond. The water of this pond was so green it resembled flawless blue jade. With the green trees and mountain reflecting in it, the scene was incredibly serene. 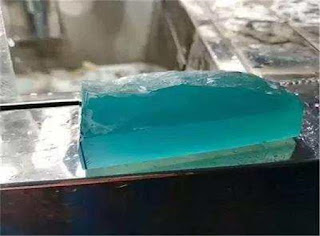 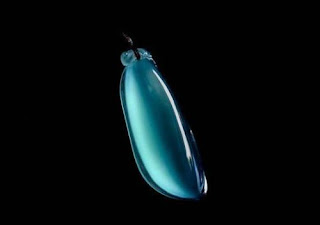 Back then one must soaked laundry in a mixture with plant ashes beforehand and then pound and rinse the repeatedly. Gu Ye added some laundry detergent in the plant ashes. While she was soaking the clothes, she catch a glimpse of fish in the pond. She lifted her eyebrows, there would be fish soup in the afternoon!

She broke off a branch and, checking to make sure that she was all alone, she fetched a dagger from the dimension and sharpened one end of it. She went back to the house and grabbed a handful of corn powder, using her limited resource as fish bait.

She sprinkled the fish bait into the pond; some of them floated on the surface of the water, others went down a little. There must be plenty of fish in the pond as she saw one approached shortly. Gu Ye took the opportunity and aimed. A waved of her arm and a palm-size fish was pierced by the branch and brought out of the water, sparkling water dripping down from it’s wiggling tail.

The body of the fish was smooth and cylindrically shaped with a flat tail. It had a point head and protruding chin and also some more visible scales on its head. Gu Ye had never seen fish like this before and wasn’t sure if it was edible. But whatever, catch them first and she could figure that out later!

The startled fish couldn’t resist the attraction of the bait and quickly returned. Gu Ye speared a dozen or so fish before she finally stopped. She scaled and gutted the fish by the pond and rinsed them clean before she brought them home and preserved them with salt. After she was finished with laundry, she braised a tub of fish with dried red pepper and ate one herself. Its meat was fine and tasted fresh, its taste lingered. She waited for a long time to make sure there was no negative reaction, telling her that the fish was edible.

When she delivered lunch, Gu Qiao praises highly of her braised fish dish. Mrs. Liu described her fishing in the pond as “shit luck”. Naturally the villagers had considered fishing from the pond in the past, but the fish was too smart and the villagers weren’t always successful so that was not an efficient way of getting food. As time passed, nobody tried to fish there anymore.

After finding out that Gu Ye used corn powder as fish bait, Mrs. Liu screamed and shouted again and called her a wasteful fool. Gu Ye rolled her eyes – oh yeah, nobody enjoyed the fish more than you did and didn’t even bother stopping to spit out the fish bones when you scream and shout.