Gu Ming stopped, stared straight at her and said, “I thought this was my little sister’s share. You were the one who’s rationing dad’s food, not me! My little sister is sick and she needs food.” Soon as he finished talked he didn’t care that Mrs. Gu was jumping up and down shouting and inside the house.

Mrs. Gu was shouting and trying to reach out to grab him before Gu Qiao cut short her creative verbal ability, “Haven’t we embarrassed ourselves enough? If ninth brother next door overheard you words will be spread into the village that we abuse our kids again. How much could a small girl like her eat? Just add some more water and a fistful of rice in the future when you cook. All you need to do is to make sure she doesn’t die from starvation.”

Gu Qiao wasn’t all that happy either. Such a small matter at home but he was dragged by the Uncle Patriarch and a few village elders to talk to. It was all very mortifyingly embarrassing. He was so angry at Gu Ming, couldn’t he have just go quietly to look for his sister? Was it necessary to make such a scene that now the entire village of Qingshan knew of the incident and everybody looked at them strangely whenever they went outside and he didn’t even want to know what they say about them behind their backs.

Panting, Mrs. Gu sat back down. She grabbed the biscuit from Da Zhuang and broke off a chunk and put that in front of her man along with a chunk from her own. She was mean to the two children from the late wife, but she wasn’t stupid. She gave her man the best of the best. He was her man after all, and the main workforce of the family who took care of the several dozens acres of farmland. No way she’d mistreat his body.

“Who do you think I do all these for? You don’t run this house and have no idea how much firewood and rice cost nowadays. We don’t have that much left after paying the rent for our land. We barely have enough to eat. I go into the mountain with Da Zhuang to pick all sorts of vegetation; we slave ourselves and exchange everything we get for money but we are still tight. And Da Zhuang and Xiao Xhuang are growing everyday and need to eat more and more. Of course I need to ration our food.

“How could you say I abuse your late wife’s children and eat their food. That is preposterous! Look at me! I work from dawn to dusk and what do I eat? I have married into this family for almost four years, I have never bought a piece of new clothing! She is just a kid who doesn’t do any heavy labor, so what if she doesn’t have a lot to eat?” Mrs. Gu lifted her sleeve and dabbed her eyes as she spoke.

As he shoved his face with the biscuit and porridge, Gu Qiao comforted Mrs. Gu, “Yes, you are right. You have done so much for this family…. But it is also true that it was a problem for us to feed that extra mouth. After the fall harvester, I’ll go with forage with you in the mountains to exchange for money, okay? Just don’t bring more shame to his family, okay?”

At the end of the day, Gu Qiao was a selfish person who cared a lot out his appearances. Mrs. Gu knew that nothing good would come out of it if she went on with her fuss. Even though Gu Qiao seemed mild and gentle normally, she knew how he could be when he was angry, so she had no choice but to grit her teeth and promised. She’d take care of those two rascals in the future!

Xiao Zhuang had no interest in eating the dry biscuit so when he noticed that his mother was in a foul mood, he quickly put the rough biscuit that had had barely started into her mouth. His small eyes rolled and he said in his childish voice, “Mom, eat.”

“Ah, that’s my son. Kids that aren’t from me will surely turn into ungrateful wolves on day!” said Mrs. Gu loudly at the direction of the west wing before stroking her younger son’s face lovingly. She kissed him and said softly, “That’s why I love you the most, mom will make you some dough drop and vegetable soup in a bit.” 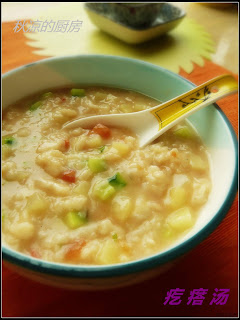 “Oh you greedy like cat! Alright, I’ll add an egg for you!” said Mrs. Gu as she pinched his little face. She finished the remaining porridge in her bowl and went back inside the kitchen. Behind her, Da Zhuang winked at Xiao Zhuang. Xiao Zhuang is just a small child, Da Zhuang knew that whatever remained would ultimately go inside his stomach, but it wasn’t very often that they’d make something special for Xiao Zhuang at home, so these opportunities didn’t happen very often. Ah well, all the fault for being so poor.