All the ruckus outside has no effect on the brother and sister sitting inside. Gu Ming knew that his sister’s stomach was really weak right now and wouldn’t be able to handle the hard biscuit. So he broke them into fingernail size pieces and soak the in the porridge until they were soften before he fed them to her.

Gu Ye looked at the dark and messy food and, even though she was miserably from being hungry, they still didn’t drum up her appetite. Under her brother’s hopeful look, she forced herself to take a bite. Ugh! They were equally disgusting tasting as the nutritious drinks that she received on assignments in her previous life.  She couldn’t take more than a few bites.

The original owner’s body had been nourished by the nourishment potion over night so, even though it was still weak, it could at least handle a minimum amount of food. Gu Ming then gave her some water and said to her, “I am going to chop some firewood in a little bit. Let me see if I can catch more fish. The doctor said fish soup is very nourishing.”

Having said that, he sighed deeply and continued, “The doctor also said chicken soup was the best. Too bad your brother is too useless and not able bring home game meat everyday like Zhang Lihu from the village.”

“Ge, you are good enough. If it wasn’t for you, I’d have been devoured by the beasts in the mountain already,” For a 11-year-old child, Gu Ming was about as good as he could be.

But recalling what it was like when she regained consciously, she could still see those blue eyes of the wolves. Gu Ye couldn’t help but said, “Ge, there are too many wolves in the mountain. Don’t go in there by yourself any more. I only have one good brother who cares about me. I don’t want anything to happen to you.”

“Okay, from now on, I will limit my area to just around the village and not make you worry. I am going to go chop wood now. If you don’t want to sleep anymore, then go over to your Ninth Aunt’s place and chat with Li jie jie1.” Gu Ming was worried that his innocent sister would be bullied by Mrs. Gu and her son again.

From the original owner’s memory, Li jie was a year older than the two of them. She was tender and caring. The original owner had a special dependency toward Li jie, but Gu Ye wanted to enter and check out her dimension so she used being tired as a reason to turn down her brother’s suggestion.

Gu Ming left worried. Their father and stepmother went foraging for wild vegetables in the mountain. Da Zhuang was also recruited to help. Mrs. Gu worried about leaving Xiao Zhuang home by himself so she took him with her in a basket. 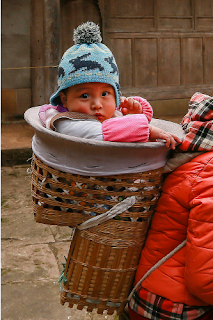 It was quiet in the courtyard, with a simple thought Gu Ye entered her dimension. It was still the same dimension, the ten or so well fertilized black soil was filled with herbs she had collected for years in her previous life. Over a hundred different species of herbs including some very rare ones.

Dozens of herbs that were over a hundred years old, but that was common in a dimension, even hundred or upward of hundreds years old ginseng or fleeceflower root. The lifecycles of herbs were much shorter inside the dimension so she has never ran out of material when she was experimenting with new poultices.

After going around and surveilling the entire herb field once, Gu Ye, now in a great mood, went inside her poultice laboratory – a very elegantly-built wood structure. Boxes and boxes filled with all sorts of potions and poultices gave Gu Ye a strong sense of security. Her fingers slid through bottles and bottles of medicines of all colors as though she was stroking her own children as she took a trip down memory lane.

Exiting her laboratory, she glanced over at the pile of “garbage” on the empty field. These were all the materials she had collected before her previous world plunged into chaos. Some of them might be more useful than others; she needed to find some time to organize them.

Suddenly, she smelled a small hint of lotus flower. Following the fragrant, she arrived at that small pond situated in the middle of the dimension and was surprised by her discovery of a half blossomed red lotus. It had neither leaves nor root, like a fairy who had abandoned the world around her and stood proudly in the middle of the shallow, blue pond. On one of its pedal was a drop of jade-like petrichor, sparkling in the light. 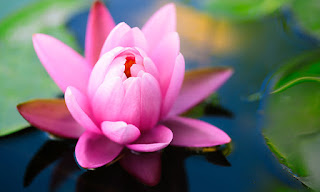 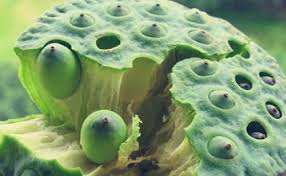 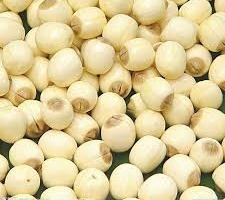 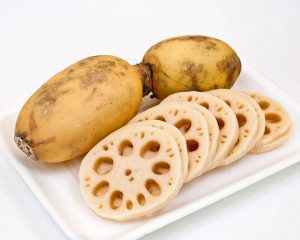 “Eh? When was the lotus planted? But hey, at least I will have lotus seeds and lotus roots to eat in the future,” Said Gu Ye to herself.

As she looked at it with a gluttony look, the fire like red lotus shook almost unnoticeably, as though it was scared, or a feeling of disdain. Gu Ye rubbed her eyes. Did she just feel human emotions in a red lotus? What she thought she had seen must be a mistake!

She would have plenty of time in the future to figure out where this red lotus come from. For now she should go back out before her brother returned and found her missing and be worried all over again.
___

1. older sister. Again, not necessarily related, just someone a few years old than you of the same generation.

Check back later for more pictures related to this chapter! :) Need to go to work for now!

Remember to rate this book and add it to your reading list on NovelUpdates.com if you enjoy this story!

Also I would love to hear about your thoughts on the subplot (?) of her previous life! :)