I  know many of you have been reading and enjoying QQ quietly. It has come time to speak up or forever hold your peace. I have a very important question to ask you!

You can follow this link to vote. You do NOT need to be a patron to vote.

You will see this link for the next few days in case anyone have missed it.

“Kitty!” The young book servant smiled with a pleasant surprise. Her attractive, big eyes turned into the shape of new moon.

Cheng Xiao Xiao nodded and said, “I think you will like them!”

The scholar beauty standing on the other side looked at Cheng Xiao Xiao with her big eyes. Surprised, she asked, “Why aren’t you surprised?”

“Why should I be surprised?” Cheng Xiao Xiao looked at her. The pretty scholar in front of her has features like that from a drawing, her beautiful face light-colored and gentle like that of fine jade, her charm tugged at everyone’s heartstrings.

If she truly thought that she was a man then she must be blind.

“Have we met before?” asked the pretty scholar suspiciously.

Rationally, that was not possible. Since she sent the letter shortly after she had arrived at Daling. It was impossible that Cheng Xiao Xiao had met her before.’

The little book servant with the cats in her arms didn’t even think about it before she rejected the idea, “Mistress, that’s not possible. We just got here, how could she have seen us before?”

“Hey, you….” Her handmaid just slipped but the scholar beauty didn’t get angry at her. She took several looks at Cheng Xiao Xiao and smiled lightly, “Rumor had it that you are a master beast tamer, is that true?”

Cheng Xiao Xiao smiled, “No matter who’s the beast tamer, nobody can change it. Let it be me, or my parents, or my sibling. They are who they are. They can’t become us. Am I wrong?”

“You are exactly right. It doesn’t matter who is the beast tamer, as long as there is one in your family for sure!” smiled the scholar beauty tenderly. “The publics are too stubborn. They make themselves tired, they also make others tired!”

“Aiya, mistress. What are you two talking about? I don’t understand!”

The little book servant interrupted their conversation and spoke directly to Cheng Xiao Xiao, “Miss Cheng, since you’ve gifted us kittens. We won’t be giving you a hard time, but I want to see with my own eyes how do you tame those mystical beasts. Well? Do you dare?”

“Mistress, I am not bullying her. I just want to see how she tame the mystical beasts and whether she did it the same way as us!”

“You two are beast tamers also?”

Listening to the exchange between the mistress and her handmaid, Cheng Xiao Xiao was truly astonished. Looking at the two beauties of different ages in front of her, they were beast tamers also?

Or, a better way to put it would be, Cheng Xiao Xiao had finally ran into real beast tamers in this space-time continuum!

The little book servant looked up proudly in a braggish manner. The scholar beauty just smiled, “Sort of. But we don’t measure up to the level of master beast tamer like little sister Xiao Xiao!”

“Mistress is quite capable too, okay!” The little book servant was slightly displeased, then turned to make her request with Cheng Xiao Xiao again, “Miss Cheng, can you please show us? Please?”

“You really want to see it?”

Cheng Xiao Xiao could tell that even those the little book servant was being polite, there were no respect in her words. She couldn’t help but said, “If you really want to see it, that’s fine. But you have to provide the mystical beast. I will tame it in front of you. Otherwise you won’t be convinced!”

“Nonsense, of course I will!”

Countered the little book servant unhappily. She then pulled open a sachet she wore around her waist and a small snow leopard appeared out of nowhere. It’s small size suggested that it was still a cub.

The snow leopard cub smelled the unfamiliar scent and roared at her and looked her alarmingly. 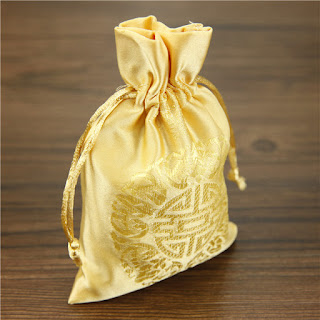