“Did some very powerful individual arrive?”

“Who could be so brutal and did this to them? How dare them do that to someone from School of Divine Condor!”

Nobody from the Ning’s said anything. Other than the low weeping from the women in the house, the only noise one could hear was the conversation of the students. Everybody was curious who injured Nine Xunzong and the lot.

The three elders stayed with old man Ning, comforting him wordlessly. They hope he could make it through this hump.

After a long while, the bedroom door finally opened, an old man carrying a medical box walked out. He was, indeed, the doctor hired by the Ning’s.

“Dr. Wen, what’s the prognosis for Zong’er?” The old madam couldn’t care about wiping away her tears but quickly grabbed the doctor walking out from the room and eager asked.

“Madam, slow down, slow down!” Dr. Wen tried to comfort the old madam, who looked like she was about to pass out any time, but he had no choice but to tell her the truth, “Master, Madam, the young master, along with the other two gentlemen have the same status. Their injuries were all on their legs. Other than the minor cuts, there were two more serious issues: one was their knees being crushed and the other being that the tendons in their legs had been severed. I’m afraid they’d never be able to stand again.”

She pounded her chest a few times and, all of a sudden, her body went limb and she started to fall backward. The startled maids, young and old, all rushed over to stop her from falling.

“Madam! Madam! Doctor, please come over to check on the madam!”

All of a sudden, the young and old maids were raising a ruckus.

Old man Ning felt as though he was struck by a lightning and he couldn’t even comprehend what was going on. Looking at his wife wailing then losing consciousness, he had no reaction to all these at all.

There was only one thought in his mind – his grandson was crippled. He wouldn’t be able to stand again.

Old man Lin saw that his good friend was in shock and felt awful, he couldn’t help but to comfort him, “Ning lao di, take it easy. We will figure something out. Remember we’ve heard of medicines (dan) that could heal severed tendons? We just have to find these pills for Xunzong!” 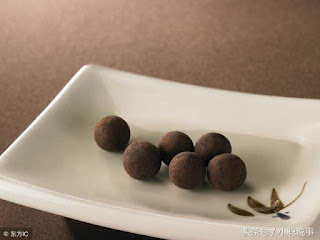 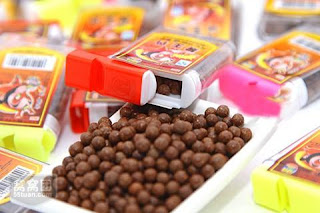 Photo: dan (first picture is closer to what I have in mind, in NOT so perfect sphere, but I guess they can come in smaller sizes too)

Old man Quan joined in in consoling old man Ning, “Ning lao di, as long as Xunzong is okay, we can find a way to treat his injuries.”

“Exactly, people had taken these medicines before and all their severed tendons recovered. Just calm down for now, Ning lao di.”

After the words from his good friends, old man Ning finally recovered from his shock. Suddenly, he seemed to have aged a few years. His previously straightened back hunched a little.

Finally, words had reached Mu Qingtong, who had been recovering from his injuries in the guest quarter. Seeing his arrival, old man Du said to the rest of them, “Let’s find a place to sit down and talk.”

The Ning’s resident finally returned to its usual quietness after two hours.

Several people sitting in the Ning’s living room. None of them looking too happy. Especially old man Ning, looking all the more dejected. His precious grandchild would never be able to stand again, how could he not?

Similarly, Mu Qingtong looked scarily gloomy. After resting for the last few days, he has been recovering well. He didn’t expect that his three students would be turned into crippled today. What could he possibly say to the management of the school as their instructor?