Resplendent Apothecary ch 66 - Sage Apothecary? And I Am Miracle Healer Then! (2)

“Master, allow me to pay you my respect!” Gu Ye gave him an extremely theatrical performance with one knee to the ground, her hands cupped, and bowed.

The sage apothecary was sure what to make of this bizarre gesture of making him her master.  He could tell that she wasn’t sincere in wanting to learn any apothecary skills from him. But he didn’t exactly have high hope of mentoring a genius apothecary either. As long as this girl wasn’t too stupid and could pick up at least 10% of his skills, she would be set for life. Then the favor that he owed to the Hall Master of Hall of Hidden Soul would be considered repaid.

“My good disciple, why don’t you come and give your master a hand?” The pain on the sage apothecary’s foot made him wanted to cuss loudly. That jerk Yin Mei, did he at least gauge his force when he kicked him? He certainly hope none of his bones were injured!

“Ugh…” How long would it take her to get back to the bottom of the mountain supporting an injured person? Gu Ye pretended to be searching through her medicine basket but instead produced a bottle of red flower analgesic oil1 in a ceramic bottle from the dimension. “Master, this is medicine made from my family recipe that works wonders for sprains and bruises. Let me put some on you and it will stop the pain right away.” 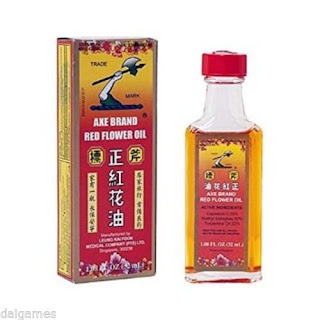 “OWW! OW OW OW!! … Be gentle!” When Gu Ye was applying the oil on his wound, the sage apothecary shouted like he was being tortured. But after she had rubbed it all in, the pain from his foot surely was much better. As long he wasn’t running or jumping, he was fine.

“Disciple, why don’t you show that bottle of medicine to your master?” The sage apothecary was very curious about the medicine in Gu Ye’s hand. He didn’t expect something that would work better than even his own medicine. Not to mention that the medicine exuded a strong medicinal smell, yet he was not able to recognize any of the ingredients. This was all very odd!

Stingily, Gu Ye put away her bottle of oil and with a secretive look, she said, “This was passed down in our family and we rarely used it on others. Please, Master, just pretend it didn’t happen, okay? It’s getting late, let me help you back!”

Having said that, she pulled and tugged and got him up. Without further ado, she dragged him with her. The sage apothecary thought about it for a bit and decided to let it go for now. The little girl was already his disciple; he trusted that the opportunity would present it self in the future that would allow him to inspect this “analgesic oil passed down in the family”.

With an injured man in tow, naturally her speed going home was slowed down quite a bit. When she arrived home, Gu Xiao and Gu Ming were both anxiously waiting for her to return.

“What happened?” Gu Xiao raised his eyebrows and asked casually after seeing that his granddaughter had returned with a strange old man.

“Oh, I got lost and hurt myself when I was looking for herbs in the mountains. This nice little girl helped me down. Young man, you have a good granddaughter here!” The sage apothecary gave him the same spew, with no regards as to how convincing his cover story was.

Gu Ming dragged his sister to one side and grumbled lightly, “Mei mei, inside our Mount Congmang are all sorts of  tigers, leopards, jackals, and wolves. Very few individuals would enter the mountain alone to collect herbs. And, think about it, at his age, how was he able to climb through mountains after mountains and arrive here safely? Don’t you find that odd?”

“What’s so odd about it? He’s a master apothecary. Naturally he has beast-repelling powder on him and need not worry about them. As for how he was able to travel such a distance, perhaps he is very fit physically and goes into the mountains all the time!” replied Gu Ye with a very matter-of-factly look and tone.

“What would be his intention to try and fool me? What could he possibly gain from that?” Gu Ye looked down on her clothes there were of the wrong sizes and covered in patches. She, too, wondered what was the real reason the sage apothecary appeared in Mount Congmang.
___