Along with the doctor was his apprentice, who was carrying his medicine bag behind him. The four of them finally arrived at Willow Village after two hours on the road.

Right when they arrived at the door, the three young ones shouted joyfully and ran out to greet them. But once they saw the strangers with them, the three immediately put on their best behavior, but they continue to stare at Cheng Xiao Xiao eagerly.

Soon as Mrs. Cheng had taken the doctor into the backside of the house, Cheng Xiao Xiao took out the cakes and snacks from the town to give to her sibling. Then, ignoring how tired she was from the trip, he started to prepare lunch.

After lunch was ready, they invited the doctor and the apprentice to join them. Cheng Xiao Xiao noticed that mom wasn’t looking too happy. She figured dad’s injuries might be a bit difficult to heal.

The doctor took a bit of the white radish and looked very surprised, “Mrs. Cheng, what is this? How is it so crispy and sweet?”

“Doctor, this is something that Xiao Xiao found in the mountain. She brought back some sprouts and we started growing them. I am not sure what they are either.” Mrs. Cheng had to tell him a white lie, while still being the polite host.

Once the doctor heard this, he was even more curious than before. He turned and asked Cheng Xiao Xiao, “Maiden Cheng, how did you find this?”

Cheng Xiao Xiao was just about to reach out for some food but put down her bowl and chopsticks and casually replied, “Grandpa Doctor1, I found these white radish in some muddy area inside a deep valley. From what I have read in the past, they are also referred to as the ‘fake ginseng’. They belong to the herb family with very meaty root. They can come in round, cylindrical, or conical shape, sort of look like ginseng.”2 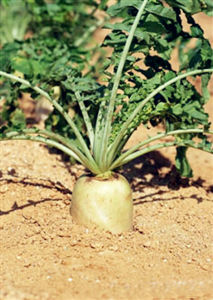 White radish in the soil 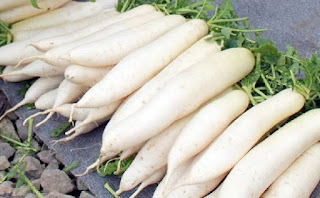 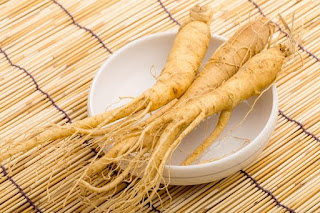 Zheng Bin heard his voice and replied loudly, “I know! I will go get!” He swiftly jumped off from his stool and dashed into the kitchen.

He returned shortly after that with a white radish in his arm and handed it over to the doctor, “Grandpa doctor, this is the white radish that our big sister found. It’s delicious, you can eat it raw, or you can even stir fried it to eat with rice!”

“Oh, you can eat it raw too!” The doctor examine the white, meaty plant with squinted eyes.

Next to him, the apprentice’s eyes widened and exclaimed in amazement, “It looks so much like a ginseng! No wonder it’s called the ‘fake ginseng’!”

The doctor wiped the radish with his sleeve and took a big bite. He chewed it loudly. His satisfying look made the apprentice drooled and wish he, too, could try one of the radishes.

“Not bad, no bad. It’s no ginseng, that’s for sure. But I could still tell there’s a hint of herb tastes in it. These are no simple items.” Smiled the doctor happily.

Cheng Xiao Xiao was a little surprised so she added, “Grandpa doctor, fake ginseng’s root can be eaten like vegetables. It’s seed, fresh root, dried root, and leaves can all be used as herbs. They help with digestion and clearing phlegm. It’s fresh roots are good for thirst and helps with digestion. Dried roots are good for constipation and can be used as diuretic. Their leaves can be used to cure and prevent dysentery. They do have some herbal qualities.”

“Wow, maiden Cheng, you know all these?” The doctor was astonished. His penetrating eyes stared straight at Cheng Xiao Xiao, wanting to see through her.

Cheng Xiao Xiao was unaffected, she met his gaze, and lightly explained, “Junior2 had read quite a few articles and medical journals, and that’s where I’ve read about these fake ginsengs.”

“Not bad, not bad. You are quite impressive, girl!”

The doctor nodded, praised her some more then carried on with the meal.

During the meal, they didn’t exchange any more conversations. After lunch, the doctor bided his farewell. Cheng Xiao Xiao gave him two more white radishes and brought smile to his face all over again.
___