Transmigration with QQ Farm ch 15.2 - Back to the Market

Mrs. Cheng tallied up all the goods from the dimension: 80 jin1 of white rice, 20 chickens, 30 rabbits, 15 jin of Chinese cabbage. These items were probably quite difficult for the two of them to bring to the market by themselves.

“Xiao Xiao, I think we will need to borrow a cow-drawn carriage. There is no way we can carry all these ourselves all the way to the market!” Mrs. Cheng realized that it was quite troublesome to have too much items for sale.

Although Cheng Xiao Xiao wanted to produce these items after they have go to the market, but she knew that would draw too much unwanted attention, so she had to agree to her mother’s suggestion.

Even though Mrs. Cheng weren’t close to the residents of Willow Village, but they have been in their current place for over three years. She has some connections with the villagers. After finding out that Mrs. Cheng wanted to borrow a cow-draw carriage and looking at the two Chinese cabbage, the patriarch of Willow Village agreed to let them borrow his carriage.

It was much easier to get to the market place with a carriage. Plus, since they didn’t need to get there on foot, it also saved them quite a bit of time.

More importantly, with the carriage, the three young ones also climbed inside and also wanted to go to the market.

Since it’d only take about half a day to and from the marketplace, Mrs. Cheng finally decided to take all four kids with her, leaving her injured husband at home by himself.

“So this is the marketplace?!”

“There are so many things for sale here! Big sister, look! They have tanghulu!2” 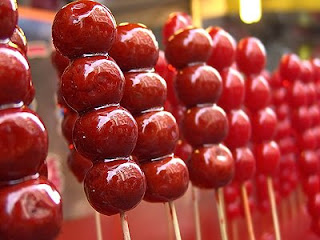 The three young ones all talking at the same time while looking around excitedly at everything on the street. Mrs. Cheng was too focused on looking for an empty spot to pay them any attention.

Cheng Xiao Xiao weren’t paying them too much attention either. She was more concerned about how to sell all their merchandises. Honestly, if they were trying to sell these items one by one on the street, she didn’t think they would be able to sell them all off in a day. It’d be great if she could find a place who’d buy all their stuff in one go.

Even though the cow-drawn carriage along with a few kids did get some attention from the passersby, but nothing too out of the norm. After all, most of the folks in the marketplace came from villages all over, it wasn’t too unusual to see a cow-drawn carriage as a mode of transportation.

Mrs. Cheng stopped the carriage and wiped away her sweat, “Xiao Xiao, let’s sell our stuff here, this spot is available!”

“Here, mom?” Looking at the quiet surrounding, Cheng Xiao Xiao frowned, this is a dead end street, nobody would walk down this way. But all the good spots were already taken by other vendors, plus they have a bulky carriage with them, their options were very limited.

“But mom, do you think anyone will walk down this street?” Asked Cheng Xiao Xiao, her voice full of doubt.

“Mom, I can go with my brothers to bring people over, what do you think?” Asked the innocent little Lan Lan.

Mrs. Cheng looked at them helplessly, “Well, other spots are all taken, let’s just settle down here. If anyone’s interested in our merchandise, I think they’ll walk over!”

“No, Mom, don’t unload the carriage!” Seeing her mother was getting ready to unload the carriage, Cheng Xiao Xiao immediately stopped her. “Mom, I don’t think this is a good spot and we won’t be able to sell much here. Why don’t we go look for an inn or a rice store and sell our stuff to them directly?”

Mrs. Cheng felt that what her daughter’s said was quite reasonable, after a slight hesitation, she nodded, “Okay, let’s go try an inn. If they don’t want it, the we will go hit a rice store. See what we can sell!”

When they arrived at the only inn in town, luckily it wasn’t lunch hour and they weren’t busy. Cheng Xiao Xiao said to her mother, “Mom, you wait here with them, I’ll go get the inn keeper to come check out our goods!”

“Um, okay, you be careful!” Mrs. Cheng was a bit worry, but she didn’t have any better ideas so she followed along with what her daughter proposed.

Cheng Xiao Xiao smiled confidently and said, “Don’t worry, mom. I’ll be back before you know it!”

1.     An old measurement for weight, 1 jin is about 0.5 kg or 1.1 lb.
2.     Tanghulu, a traditional Chinese snack of candied Crataegus pinnatifida, also known as mountain hawthorn, Chinese haw, Chinese hawthorn or Chinese hawberry. Not to be mistaken as candied fruit. (I’ve had it once, believe me when I said it looks better than it tastes. LOL)