Cheng Xiao Xiao was surprised, but when she noticed that both of them were apex martial emperor and at around the same level as the dean of the School of The Divine Condor, she had a pretty good idea as to their attitude toward her.

“The two elders are teasing me!” said Cheng Xiao Xiao in a leisurely manner and cupped her hands in return.

The more Rong Jingshi examined the girl in front of her, the more she liked her. She could barely contain her happiness. She pulled her closer to herself and said, “Come, Xiao Xiao. Sit here with your shi mu!”

Everybody was finally seated and the main event of the day was about to unfold.

Mo Yuze pulled out a dozen or gifts from his dimension ring, cupped his hands at Cheng Biyuan and Mrs. Cheng and said, “Housemaster Cheng, Mrs. Cheng, we are here for a marriage proposal. We have brought with us some gifts to show our sincerity. With Clan Master Qin and Valley Master Ji as our witnesses, we would like to propose the betrothal between our disciple, Mo Xuanzun, and your daughter, Cheng Xiao Xiao. What do you say?”

Cheng Biyuan was every bit as courteous as Temple Master Mo. He couldn’t help but looked over at his now fully-grown daughter and the elegant and noble-like Mo Xuanzun. Feeling very comforted, he said, “We want our daughter Xiao Xiao to be happy. As Young Man Mo and our Xiao Xiao are both fond of each other, we do not object to this betrothal. We only ask that you will watch out for our Xiao Xiao in the years to come!”

“HO, HO. Please be assured, In-Laws. We shall treat and spoil her as if she is our own daughter and wouldn’t let anything unpleasant befall upon her. You will have nothing to worry.” Mo Yuze reassured them immediately and also started referring to Cheng Xiao Xiao differently than he had before. The betrothal has now been confirmed by both of the families.

Clan Master Qin nodded and said, “As Old Ji and I as witnesses, the betrothal between these two younglings have been established. As both familied had agreed to it, we shall now proceed to exchanging the gifts of the betrothal!”

Mo Yuze had already produced what he brought with him earlier. Naturally, Cheng Biyuan had already prepared his in advance, so he also produced 18 gift boxes as return!

As both parties had exchanged the gifts, Clan Master Qin said to the two young ones, “Now that you are betrothed to each other, do you have any gifts to exchange?”

Mo Xuanzun, his face filled with smile, produced a jade pendant with carvings of phoenix and dragon and a white jade hairpin. He said to Cheng Xiao Xiao as he adorned her hair with the hairpin, “Xiao Xiao, these are for you. I carved both of them myself.” 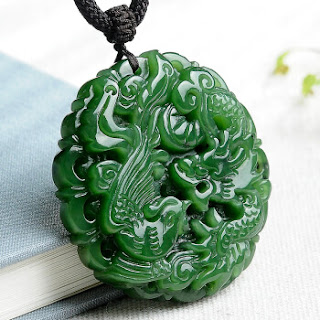 Picture: Jade with Phoenix and Dragon 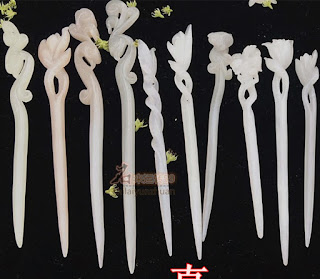 “Thank you!” said Cheng Xiao Xiao as she showed him the purest and sweetest smile.

With the white jade hairpin in her hair and the phoenix and dragon pendant dangling from her waist, Cheng Xiao Xiao immediately appeared to be more tender and beautiful. She, too, reached into her dimension and fished out two small boxes and opened both of them up.

Inside the boxes were two rings made by little Yuteng. None of those present had ever seen rings like that before. The platinum rings gave a dazzling shine. The two rings were of different sizes and they were obviously a pair. There were no excessive decorations on them, just a simple ring.

Cheng Xiao Xiao picked up the larger of the two rings and said gently, “This will represent our pure love and promises. This pair of rings also represent our hearts. They will bind us together and we will never be apart!”

After that, Cheng Xiao Xiao reached out her left, smiled and looked at him.