“White radish are something delicious!”

The smiling Cheng Zheng Yuan explained to the person in front of him, then turned back to Cheng Xiao Xiao, “Big sister, quick! Take them out. Let Danhang ge try some too. I’m sure he’d like it!”

Cheng Xiao Xiao gave him gave him a stare then turn around and quickly grabbed three white radishes from the dimension and gave each of them one.1 She walked over to another tree and down under it and started eating the white radish.

Liu Danhang looked at the two of them chowing down on the white radishes. A glimpse of shyness crossed his simple smiling face. Then he took a big bite of the white radish. He was too hungry to politely decline.

After finishing the white radish, Cheng Xiao Xiao picked up the herbs that Liu Danhang collected. Even though they were about the same as what she had, they’d still be helpful to her father.

Suddenly, Cheng Xiao Xiao’s look turned serious. Slowly she picked up a few plants that looked like orchid and her face was covered with joy and surprises.

“Xiao Xiao, they are called Dragon Head Pheonix Tail Grass!” Said Liu Danhang to her with a smile. 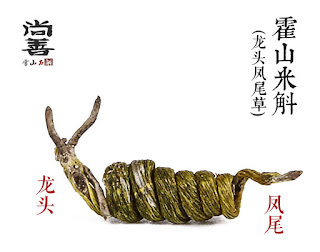 Dragon head phoenix tail grass. In this picture, left side is the dragon’s head, and right side the phoenix tail.
Photo credit: htdzzk.com.cn 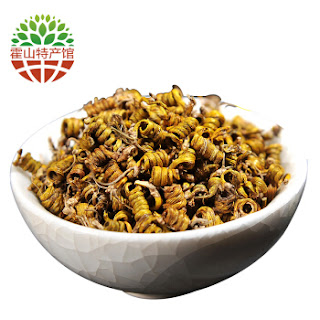 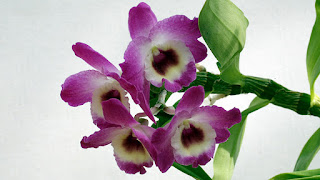 Cheng Xiao Xiao gave him a look and nodded lightly, “Yes, I know they are dragon head phoenix grass, a rare herb!”

Dragon head phoenix tail grass also known as dendrobium nobile is an herb belonging to family Orchidaceae genus Dendrobium. In her pervious life, they are on the verge of extinction and are extremely precious. Allegedly they have traditionally been used by royalties historically. Emperors sought medicines that would allow them to live forever refined from dendrobium nobile. Cheng Xiao Xiao has seen the live plant once, and she trusted it was the same as what she was seeing in front of her right now.

Dendrobium nobile taste sweet, plain, and are non toxic. Mainly use for injuries and numbness from illness, also have a calming effect. Good for the five vital organs (heart, liver, spleen, lung, and kidney), consumptive disease, skinniness caused by illness, improves energy, thicken the stomach walls (for better absorption of nutrients); also good for dried mouth, irritation, night sweat, colic, improves muscle growth, skin rash, weakness and coldness of the knees and feet; help with focusing and calming of the nerves, rid the body of impurities. In men, also help with weakness of the back and legs, good for sexual performance. Cure rashes, chilliness of the bones, blood circulation, clear pus. And also good for skin care.

Being able to find them here was definitely a pleasant surprise.

While the other two weren’t paying attention, Cheng Xiao Xiao quickly shoved half of the dendrobium nobile into the dimension. Couldn’t let these kind of treasures got away.

“It’s getting late, let’s go gather some firewood and hed back!” said Cheng Xiao Xiao to the two.

Replied the two. Two hours later, the three of them returned with a full load from the day.

When they were about to arrive at their door, Liu Danhang called out to Cheng Xiao Xiao.

Cheng Xiao Xiao, who was walking in front of everyone, stopped. She looked a bit surprised at the slightly nervous person and asked nonchalantly, “What’s the matter?”

Cheng Zheng Yuan smiled at them.

Facing the gaze of both of them, Liu Danhang blushed and the slightly-at-lost Liu Danhang asked, “Xiao Xiao, you guys going up to the hills again tomorrow for more firewood?”

“Oh, not sure!” Replied Cheng Xiao Xiao in a neutral tone, then nonchalantly asked, “Anything else?”

“No, that’s it!” Stifled, Liu Danhang immediately shook his head.

Cheng Xiao Xiao gazed over him, turned around and continued walking forward. She had no special feeling for this boy in front of her. Not to mention that she really was no interested in someone who won’t yelp even when he gets hit by a stick1.

After arriving at the house, Cheng Zheng Yuan bid Liu Danhang farewell. Cheng Xiao Xiao was already in the yard when Cheng Zheng Yuan ran inside and smiled at her, “Big sister, you really don’t like Danhang ge?”

1.     Not sure what Cheng Xiao Xiao (or the author) was trying to express here. J