The little ones didn’t have their wishes fulfilled. By the time they’ve woken up, their mother and older sister were already gone!

The two younger ones blamed that on the older brother Zheng Yuan. They pouted and blamed him for not waking them up earlier.

While they were complaining at home, Cheng Xiao Xiao and her mother had already been well on their way and have already reached the closet large city.

The large city wasn’t all that large. It has around 10,000 households. After entering the city, there was one main market street. Other than the shops, many residents from nearby villages had also brought their goods here to be sold.

Cheng Xiao Xiao looked around curiously as she followed Mrs. Cheng into the market. She noticed that most of the merchandises being offered are regular daily supplies, nothing that stood out. She has also noticed that not all the merchants were men, there were a few women. So the two of them did not draw too much attention.

They found an empty spot and Mrs. Cheng put down her load (danzi), then helped Cheng Xiao Xiao to put her down as well. The two of them simultaneously lifted their sleeves to wipe the sweat from their foreheads.1 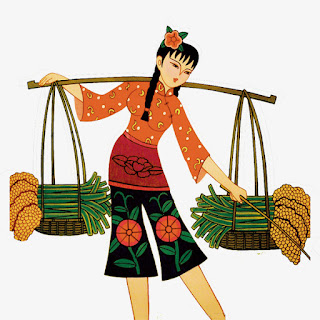 “Mom, do you think we will be able to sell these rabbits?” Cheng Xiao Xiao was getting a little bit worried. They had brought with them 20 chickens and 15 rabbits. That was quite a transaction for a small town like this.

Mrs. Cheng didn’t seem too concerned. She looked around and gently replied, “I think so!”

Mrs. Cheng was still quite attractive in her thirties. Standing next to Cheng Xiao Xiao the two of them looked like sisters. They have attracted a lot of attention from the passersby in a very short time and they had also noticed that they were offering chickens and rabbits.

Lots of the passerby looked at them, but none walked up to ask them the price. After all, Cheng Xiao Xiao wasn’t just any common person. Ideas were slowly starting to form inside her head.

A middle aged man passing by stopped and looked at the four rabbits and chickens on top of the cage. After examining them for a while, he asked eagerly, “Miss, how much for your chickens and rabbits?

“Um…..” Mrs. Cheng wasn’t sure how they should price their animals so she turned and looked at her daughter.

Cheng Xiao Xiao understood what her mom meant and nodded slightly in response. She turned to the man who looked like a steward and gently said, “Sir, our chickens and rabbits were raised with special care. Their meats are tender and juicy. We are asking for 20 coppers for a chicken, and 30 coppers for a rabbit. How many would you like?”

In the last few days that she was being here, Cheng Xiao Xiao had learned the currency of this world. A tael of gold = 10 taels of silver = 10 guan cooper money = 10,000 wen copper money. 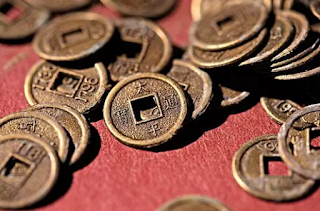 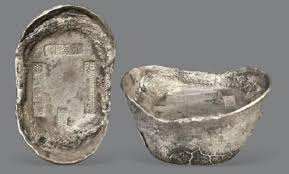 One jo of silver/gold (measured by weight in unit of taels, each bank could mold their own jo, so the weight varied)
Photo Credit: quaibao.qq.com

So a chicken was roughly 2 yuan (2.88 USD) and a rabbit roughly 3 (4.32 USD) yuan. That was an impossible price at her previous world, but for this current one, that was the fair market price.

The man nodded upon hearing their prices, “Not bad. I trust your words. Why don’t we do this? Our Ning House need these fowls for a banquet. Your chickens and rabbits look pretty good. I have other errands to run right now. Why don’t I give you one jo of silver right now, and you deliver these to the Ning House on 4th street?”

Upon saying that, he took out a jo of silver from under his sleeve and handed it over to Mrs. Cheng before he smiled and left.

“Sir, this is too much!” Mrs. Cheng shouted after him after it registered to her.

The man didn’t even turn around. He raised his arm and waived at her as he continued to walk away, “It’s fine, it’s fine. Just keep it!”


1.     Really? They walked four hours with chickens and rabbits in these danzi? That’s quite impressive :D