The group arrived at the only motel inside Jingbian Town -- Xiao Yue Motel. Right when they stepped inside, they heard boisterous cheering from upstairs. Murong Yun Shu frowned. She walked upstairs reluctantly, hoping the noises would stop before she turn in.

The higher she went, the clearer the sound. Her eyes sparkled and she slowed her steps. After she reached the second floor, she paused for a bit before she walked towards an empty table closed to a window.

"That's so odd. Weren't they arrested by the guards? How did they get here?" Lu'er cocked her head and mumbled to herself.

A slight smile, Murong Yun Shu leisurely took her seat. Just like when they were in Jingling, she sat facing the storytellers. Just then, the old man smiled at her, obviously he recognized her as well. She smiled back lightly in acknowledgement.

The scene was just like when they were in Jinling, the audiences span all ages and genders. Everybody love rumors. Feng Cheng sat down to Murong's left and smiled at the old man. "I was wondering why there were barely anyone on the streets, everybody was here listening to the storytellers."

Murong Yun Shu remained silent and picked up her tea. Just when she was about to take a sip, she frowned, her hand frozen in mid air. She sniffed, thought for a second, and quietly the cup back onto the table.

Seeing that, Feng Cheng glanced at the tea casually. His eyes smiled, and he turned his attention back to the old storyteller. The old man was also looking Murong Yun Shu, a hint of smile behind his gentle look.

Right at this moment, old storyteller suddenly smacked his drum and said, "Surprisingly, after the Mojiao Sect leader Chu Changge arrived at Shu Province, lord only knew what he did. He was able to get his hand on the antidote right away, and words have it that they were handed over directly by King Liang, Jr."

The granddaughter rolled her eyes, "I don't believe it. King Liang is so wicked. No way he'd just hand over the antidote!"

Old storyteller continued, "They are not real antidote, they will only prolong Murong Yun Shu's life, they won't rid of her of the poison from Soul Snatcher."

"But he tried so hard to kill her, why would he be so cooperative all of a sudden?" said the granddaughter.

Old storyteller shrugged, "That I don't know! But someone allegedly saw that as soon as Chu Changge entered King Liang's living room, King Liang Jr. was so scared he peed himself and couldn't even form words."

"Then why would you say that?"

Old storyteller laughed, "To entertain everyone, of course!" He cast another glance at Murong Yun Shu.

Murong Yun Shu lowered her eyes, rotating the tea cup in her hands, as though she was deep in thoughts.

"Mistress, what do you think Master has done to King Liang, Jr.?" asked Lu'er.

Murong Yun Shu's eyes flickered after hearing her question, the corners of her mouth lifted, and replied her question with another one, "What do you think is most important to an ambitious nobleman?"

Lu'er cocked her head and thought for a second, "Hmmmm, his post?"

Murong Yun Shu shooked her head and mildly said, "He was already planning to rebel, he wouldn't care about his post."

"Then what?" asked Lu'er, puzzled.

"Oh yeah! That make sense! He couldn't rebel without his troops! You think Master killed all of his troops?" Lu'er beamed, she was so proud of her Master right now.

Murong Yun Shu faceplamed. How did Lu'er get so cruel?

"No?" Lu'er was very disappointed. 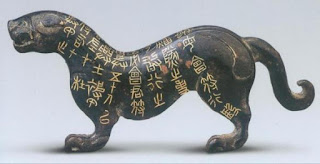 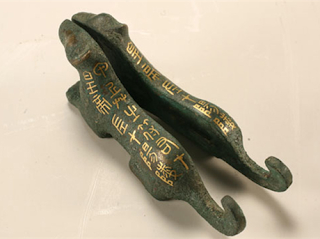 North Guardian smacked the back of his own head, "Oh, that's right. He bought it, boss did leaving a 100-taels note in teh box after he took the Commander's seal."

Murong Yun Shu busted out laughing. A hundred taels for a million soldiers, what a fair trade. She had seen many robbers in her life time, but never someone who was so "fair". Any thing could happen in this whole wide world!

Support me and find advance chapters of Black Belly Wife on my Patreon site.
- October 30, 2018