“Did you do that?” asked the sage apothecary, while completely immersed in studying the Compendium of Materia Medica, the priced treasure that any apothecary could only dream of. He wasn’t intentionally trying to take advantage of his disciple. It was his disciple who told him that he’d need to understand the entire Compendium of Materia Medica inside and out before he’d be able to teach her more herbal knowledge and apothecary techniques. Granted, he’d freely admit that his disciple was much better than him in many areas, but she also lacks a lot of basic knowledge.

While he was studying this treasure of a book, the old sage apothecary felt that his level of apothecary technique has improved significantly and he had gained an indescribable amount from reading it!

Gu Ye, on the other hand, had been focusing on preparing calamus. In order to prepare calamus, one must first scrape off it’s outer thick cover with a copper knife before steaming it with its leaves, sun dried, picking out its branches, and grinding them up. Hearing her master’s inquiry, she said without looking up, “Do what? To what is Master referring to?”

“Fine! Keep faking it!” The sage apothecary’s attention was caught by the usually green calamus in her hands. He was very curious how she was able to get her hands on fresh calamus in this season.

He had come to realize that his disciple has a lot of secrets, but he had no intention of asking, or to tell any one else. Part of the reasons was out of respect for his disciple, but also that he had been warned by the Hall Master of the Hall of Hidden Soul to watch what he says, or he’d make sure that he could never talk again!

The Yama1 had a cold face and a cold heart to go with that. He wouldn’t make any exceptions just because he was the famous sage apothecary, so the sage apothecary wasn’t going to chance it with his own life either.

Gu Ye placed the scraped calamus into the pot for steaming and added some firewood to the stove before she turned to the sage apothecary and giggled, a little pride sparkled in her eyes, “Hehe, that’s the punishment from heaven for badmouthing others. It has nothing to do with me. They shouldn’t have badmouthed Master. They deserved it!”

“Oh you!” The sage apothecary was even more sure that she has something to do with it. He was very moved by her defending him, but he still need to warn her with utmost seriousness, “Even though poisons come to us easily, but it is against the will of heaven. You must be careful when to use them!”

He knew that his precious disciple had a bad childhood and didn’t want her to become an extreme and vicious poisonous doctor, so he tried his best to talk her out of it.

Gu Ye giggled and said, “Don’t worry, Master! The drugs merely brought out the poison that was already in their bodies. It may seem awful but they are actually good for them. You know as poisons accumulate in one’s body, it’s a matter of time when one will get sick.”

“It really has no negative impact on the body?” The sage apothecary was still feeling dubious about it.

Gu Ye rolled her little eyes, “Of course it’s true. Truer than gold, okay! Master, we are running low of herbs at home. I am going to go into the mountain and take a look tomorrow.”

“You be careful.” The sage apothecary couldn’t help but to remind her, “This Mount Cangmang is located on the northern part, you will have to have your grandfather buy you the herbs that only grow in the southern region from town.”

A little embarrassed, Gu Ye rubbed her nose. Perhaps she was being too careless. Ever since she brought home a basket of fresh panax notoginseng, her master has been looking at her like she was a monster. Aiya, she had forgotten that one could not get panax notoginseng from the northern region! Luckily, her master was pretty cool. As much as he was full of suspicions, he never asked about them. Eh, it was quite handy to have a master like him around. 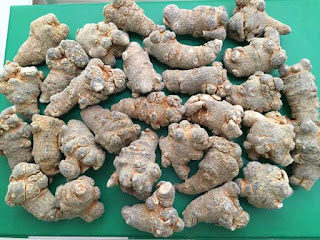 “I just don’t know if my grandpa has enough money to support my activities.” Buying raw ingredients could be very costly.

“Ouch! Master, why did you smack me?” Gu Yu, rubbing her head, looked at her master as though she had been wronged.